How the Law Defines the AR-15 Pistol

An AR-15 pistol is an AR-15 that has a barrel shorter than 16 inches, does not have a stock, and is shorter than 26 inches overall. The lack of a stock defines the AR pistol as a pistol.

If you equip an AR-15 platform of any caliber with a barrel shorter than 16 inches and a stock, it becomes a short-barreled rifle (SBR).

A short-barreled rifle is legal to own in most states but requires the user to go through the NFA process, register the weapon, and pay a 200-dollar tax stamp.

An AR pistol allows the user to have a barrel shorter than 16 inches, without having to go through the NFA process. Some states will prohibit the ownership of short-barreled rifles regardless of the Federal law. This makes an AR-15 pistol the only option for someone wanting a short barrel AR-15.

Although the standard AR pistol fires a rifle round and feeds from rifles magazines, it is still a pistol based on the ATF's definition of a pistol. So even though it delivers rifle performance, it's lack of a stock, it's short barrel, and overall length makes it a pistol.

How to build an AR-15 pistol 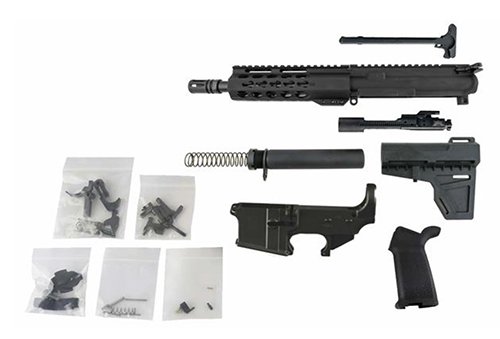 A receiver is sold as a receiver, not specifically as a pistol or rifle, so you can purchase any receiver to turn it into a pistol. If you are interested in using an 80% lower receiver the federal law permits it and it's a hell of a lot of fun.

A pistol buffer tube does not allow the user to attach a stock. If you build your own upper receiver you will need a pistol length gas system. That is where the main difference between building a pistol and a rifle ends.

Keeping Your AR Pistol Legal (what not to do) 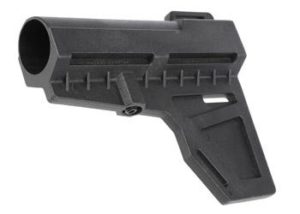 You cannot add a stock, but you can add a variety of accessories to make the weapon easier to shoot. You can equip a Thordsen cheek rest to, you guessed it, rest your cheek and use proper sights. You can also equip a SIG SBX Pistol Stabilizing Brace or a KAK Shockwave Blade Pistol Stabilizer that you use to brace the weapon on your arm or use as a cheek rest. You cannot shoulder any of these items, or the weapon becomes a short barreled rifle according to the ATF.

You cannot equip your AR-15 with a vertical foregrip if it is a pistol. You can, however, use an angled foregrip. The Magpul angled foregrip is completely legal to use on a pistol and can greatly increase the control you have over the weapon. 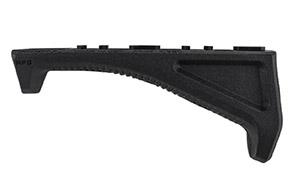 If you only own an AR pistol it may be prudent not to own any AR-15 stocks. Even if it is never equipped on the weapon you may find yourself in hot water due to something called constructive possession.

However, if you already own an AR-15 rifle, or even a 16-inch upper receiver assembly you have a legitimate reason to own a stock.

Some states restrict your ability to carry a weapon with a concealed carry permit to a pistol. This includes how you carry the weapon in a vehicle. When you possess an AR-15 pistol it does allow the user to store it as a pistol in their vehicle. Many prefer a larger platform to deal with more serious situations, and the AR Pistol is just that!

Why Build an AR Pistol at All?

Lastly, AR-15 pistols can be a ton of fun. They create a vivid fireball when fired, a helluva lot of noise, and they are smaller and lighter than their rifle counterparts. They are easier to maneuver, and allow you to create a unique weapon.

Staying legal is easy, and if ever in doubt you can actually write the ATF for clarification one accessory or another.

If you have any questions about building an AR pistol or the legalities around it, don't hesitate to contact us.